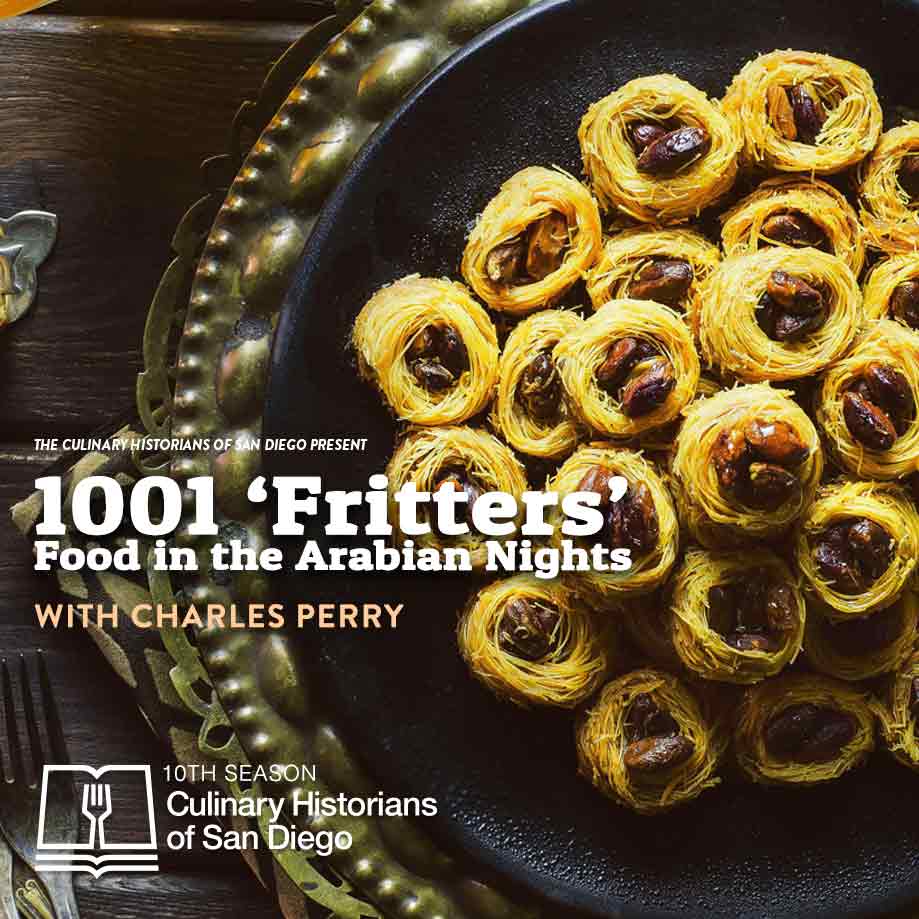 “1001 Fritters: Food in the Arabian Nights” by Charles Perry

Culinary Historians of San Diego will present “1001 ‘Fritters’: Food in the Arabian Nights,” featuring Charles Perry, at 10:30 am January 21, 2023, in the Neil Morgan Auditorium of the San Diego Central Library, 330 Park Blvd. A tasting will follow the presentation. The event is free and open to the public.

As a collection of wonder tales being recited to hungry audiences in Middle Eastern bazaars, The Arabian Nights naturally included a number of references to foods.  Translators have generally fudged their identity with guesswork — even though several medieval Arab cookbooks have been translated by now, several by Charles Perry. For instance, three totally unrelated sweets are usually translated as ‘fritters.’ Charles will lift the curtain on these mysterious treats.

Charles Perry, grandson of a silent film screenwriter and great-grandson of Gold Rush pioneers, is an internationally known food writer. He is the president of Culinary Historians of Southern California, was a major contributor to The Oxford Companion to Food and served two terms as a trustee of the annual Oxford Symposium on Food and Cookery. Perry is the author of numerous publications in the fields of Food and the Sixties.