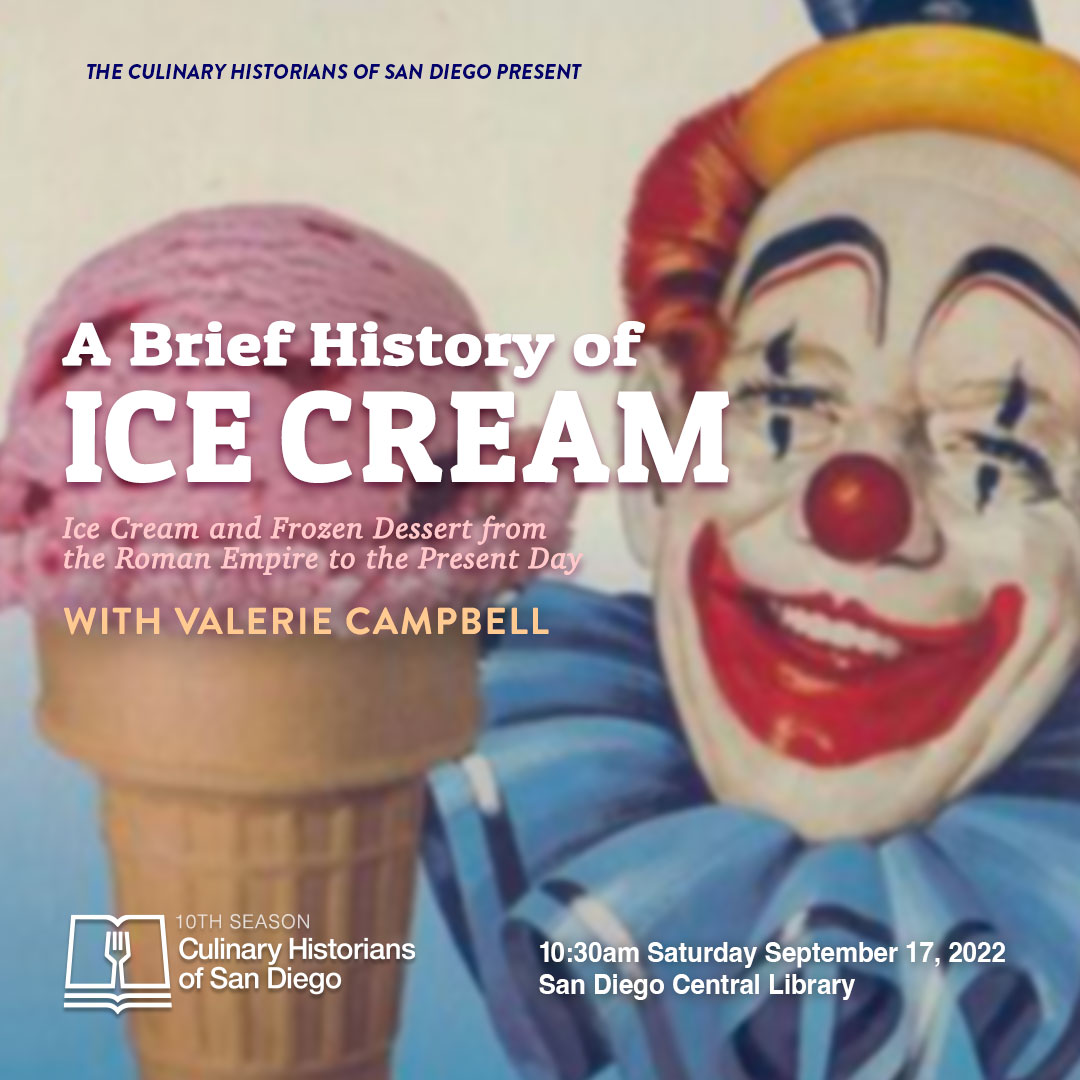 “A Brief History of Ice Cream” by Valerie Campbell

The Culinary Historians of San Diego present “A Brief History of Ice Cream and Frozen Dessert from the Roman Empire to the Present Day,” featuring Valerie Campbell, at 10:30 am on September 17, 2022, in the Neil Morgan Auditorium of the San Diego Central Library, 330 Park Blvd., San Diego, CA 92101. The event is free and open to the public. A tasting will follow the presentation.

People worldwide enjoy frozen treats, but you might be surprised just how long ago this practice began. Roman aristocrats and Persian emperors enjoyed desserts made with natural snow — but how were they made and transported in an era before electric refrigeration? What are the differences between the many forms of frozen desserts? Have our palates changed, and what flavors were popular in Victorian England and early 20th Century America? Ice cream historian and author Valerie Campbell will explain the long history of the most refreshing desserts ever invented.

About Valerie Campbell
Valerie Campbell is a professional Film/TV Costumer with a passion for history and ice cream. When not on set working in costumes, she experiments with creating new frozen dessert flavors and recreating old ones, and after over twenty years of trial and error, she wrote a book of stories and recipes, The Stories and Recipes of Valerie’s Cat Eye sCream!

For several years she has served her authentic ice creams to guests at The Doctors House Museum at Brand Park in Glendale, where she is a docent.

She is a creator on TikTok called @valeriescateyescream where she shares her love for ice cream making, art, and stories about working in the film business. 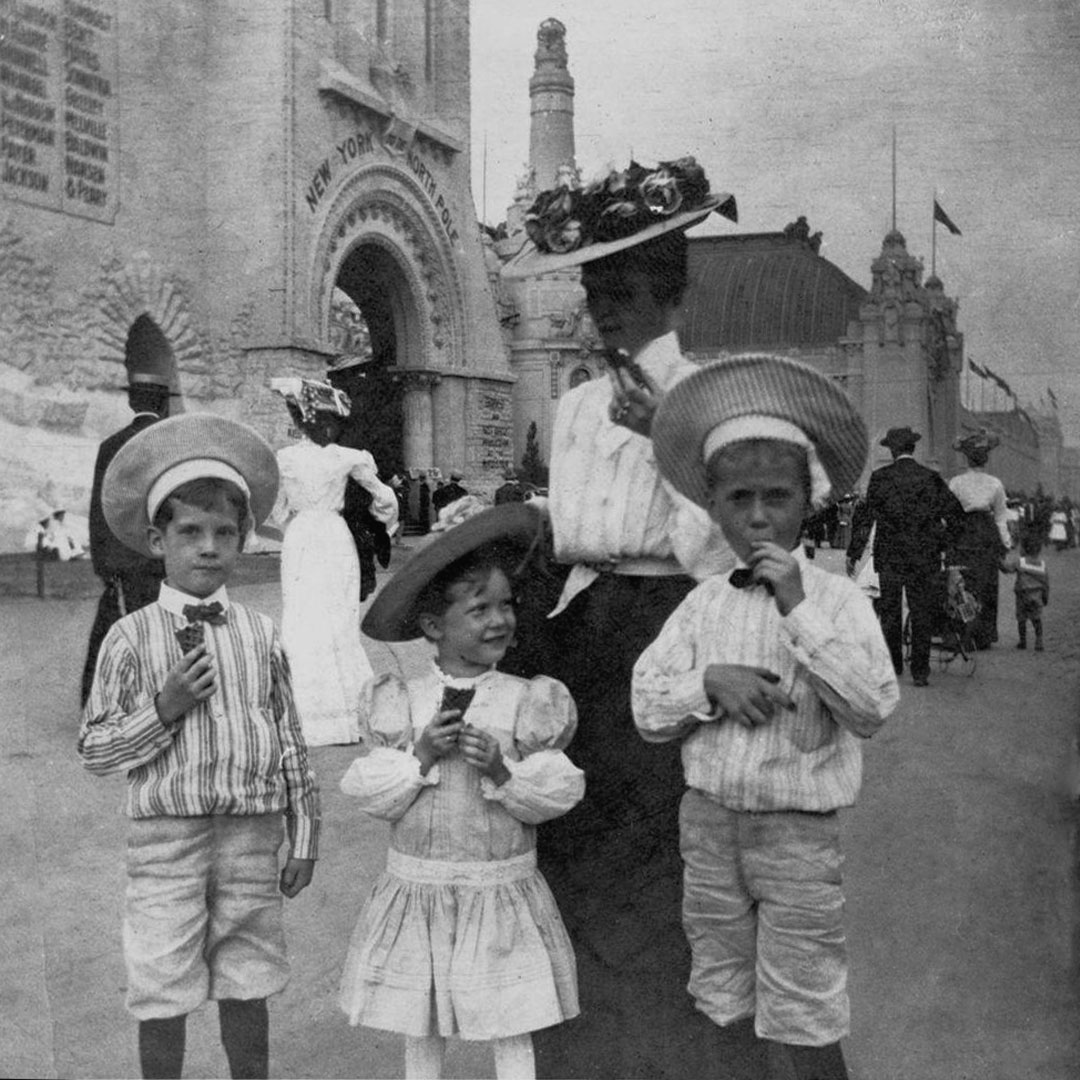