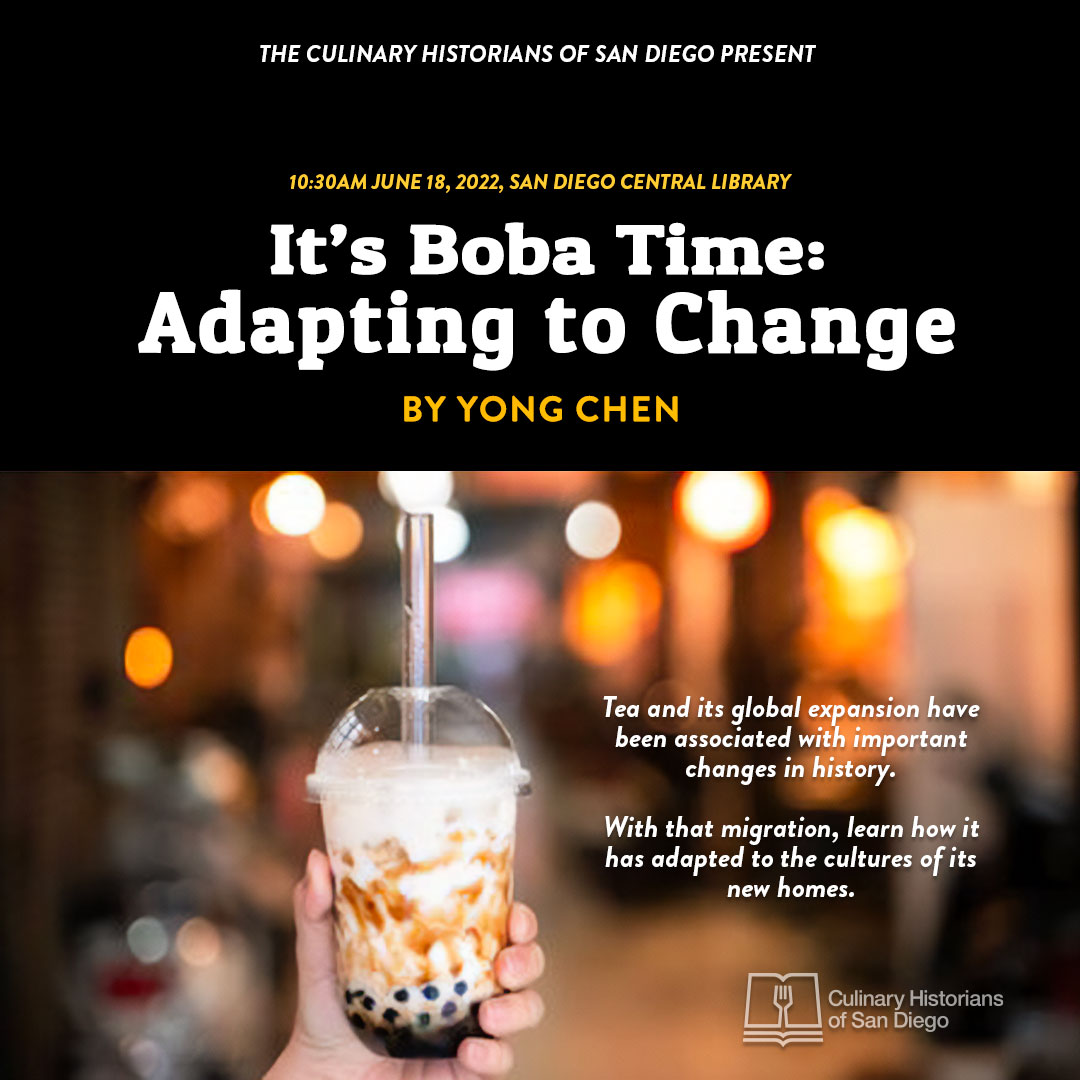 The Culinary Historians of San Diego present “It’s Boba Time: Adapting to Change,” featuring Yong Chen, at 10:30 am on June 18, 2022, in the Neil Morgan Auditorium of the San Diego Central Library, 330 Park Blvd., San Diego. The event is free and open to the public.

“Boba Time” refers to the continued rise of the popular boba tea in the US and elsewhere. The notion reminds us that tea and its global expansion have been associated with important changes in history. And it’s an example of the diverse paths foodstuffs and cuisines have taken in traveling overseas from their origins as they have adapted to the culture of their new homes and adopted new ingredients in the process.

Yong Chen is Professor of History and Chancellor’s Fellow at the University of California Irvine where he has served as the Associate Dean in the Office of Research and Graduate Studies for 23 years. He is the author of Chop Suey, USA: The Story of Chinese Food in America; Chinese San Francisco 1850-1943 and The Chinese in San Francisco, and co-editor of New Perspectives on American History.  He was also the co-curator of “‘Have You Eaten Yet?’: The Chinese Restaurant in America” in Atwater Kent Museum, Philadelphia (2006), and the Museum of Chinese in the Americas, New York City (2004–05).  He serves on the National Landmarks Committee of the advisory board of the National Park Service of the United States.