“The Cafeteria: Golden Darling to Dreary Dining” by Charles Perry

The Culinary Historians of San Diego present “The Cafeteria: Golden Darling to Dreary Dining,” with Charles Perry. Join us at 10:30am-noon on Saturday, April 16, 2022, for this LIVE public lecture in the Neil Morgan Auditorium, downtown San Diego Central Public Library. This in-person event is free and open to the public.

The cafeteria was invented in LA in 1905 and was quickly accepted as the epitome of modern, sophisticated dining; many cafeterias had fine architecture and featured live music. Back then they were known for high-quality food. Alas, the cafeteria method happens to be the most efficient way to serve large numbers of people, which made it diabolically suited to institutional dining, and thus the words “cafeteria food” now strike fear.

About Charles Perry
Charles Perry, grandson of a silent film screenwriter and great-grandson of Gold Rush pioneers, is the president/co-founder of the Culinary Historians of Southern California. He majored in Middle East studies at Princeton and UC Berkeley. After a detour as a roommate of a famous LSD millionaire and eight years as a staff writer at Rolling Stone (1968-76), he became a food writer and served as a staff writer at the Los Angeles Times food section (1990-2008). Perry has written widely on Middle Eastern and California food history. 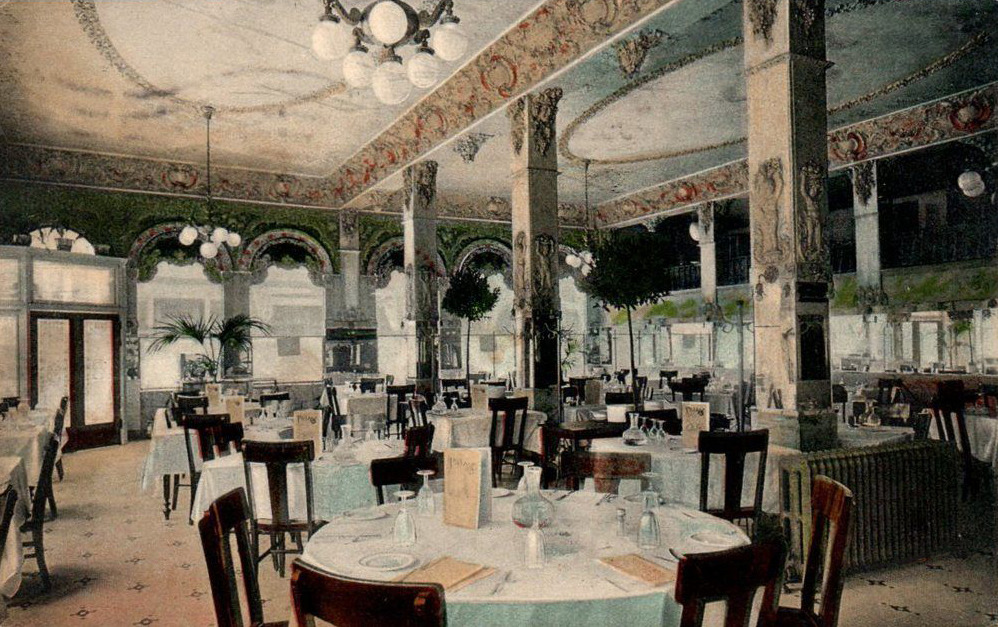