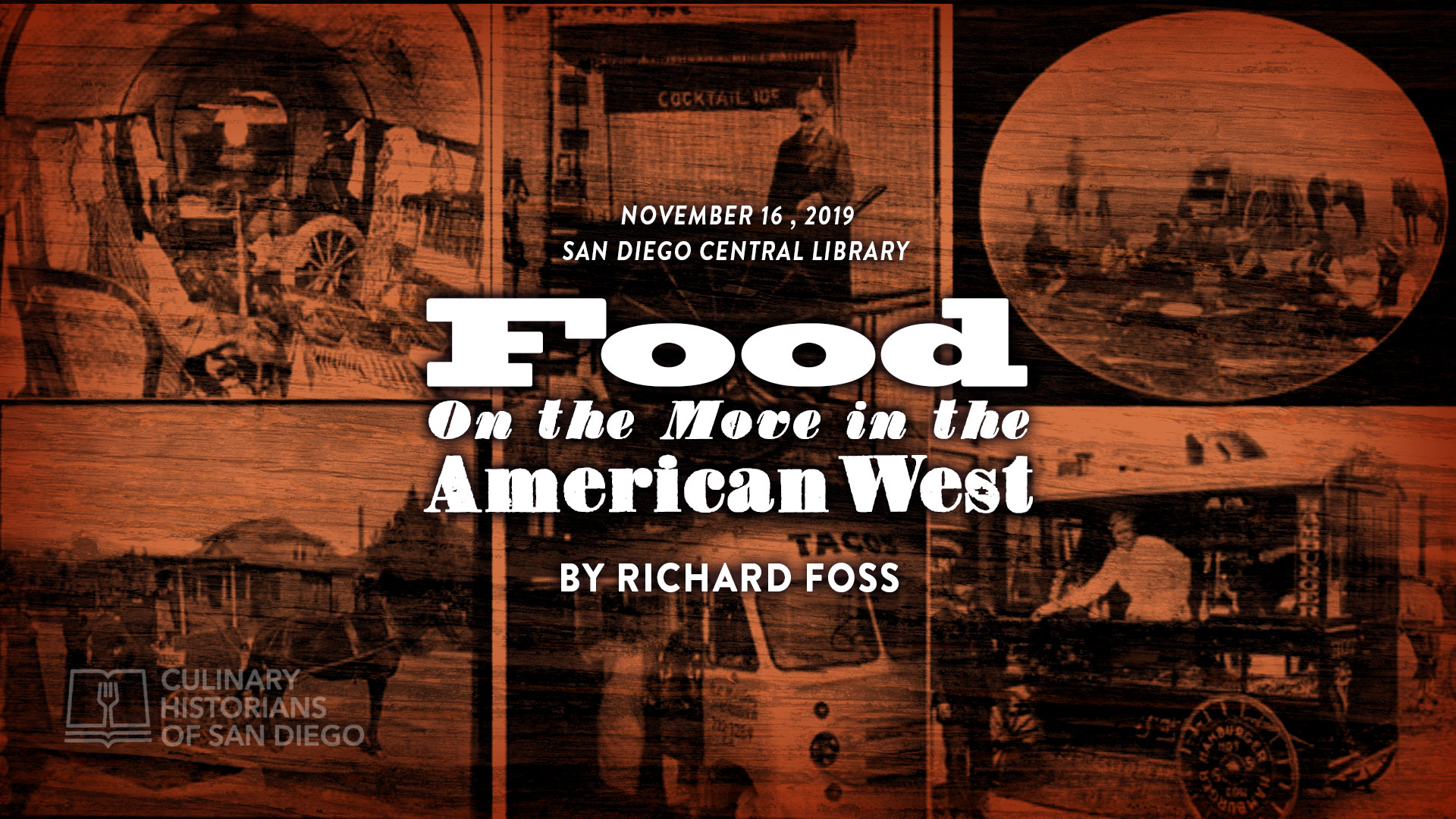 “Food on the Move in the American West” by Richard Foss

The Culinary Historians of San Diego present “Food on the Move in the American West,” featuring Richard Foss, at 10:30 am November 16, 2019, in the Neil Morgan Auditorium of the San Diego Central Library, 330 Park Boulevard, San Diego. The event is free and open to the public. A tasting will follow the presentation.

Foss will describe how horse-drawn wagons delivering sandwiches, tamales, and refreshments to 19th Century night workers and bar denizens evolved into much more, reflecting the various cultures of the cities they served and eventually becoming business empires for ambitious chefs with future restaurants in mind.

About Richard Foss
Richard Foss has been writing professionally since 1986 and has contributed to over thirty publications including the Encyclopedia of World Food Cultures and the Oxford Companion to Sweets. He taught culinary history at the Osher Institute/UCLA Extension, and is on the board of Culinary Historians of Southern California. He is the author of “History of Rum,” and “Food in the Air and Space.” Currently, Foss is curating a project on food culture for the Los Angeles Department of Cultural Affairs, and also curating an exhibition called “Cooking Up a New West” which will open in 2021 at the Autry Museum of the American West.